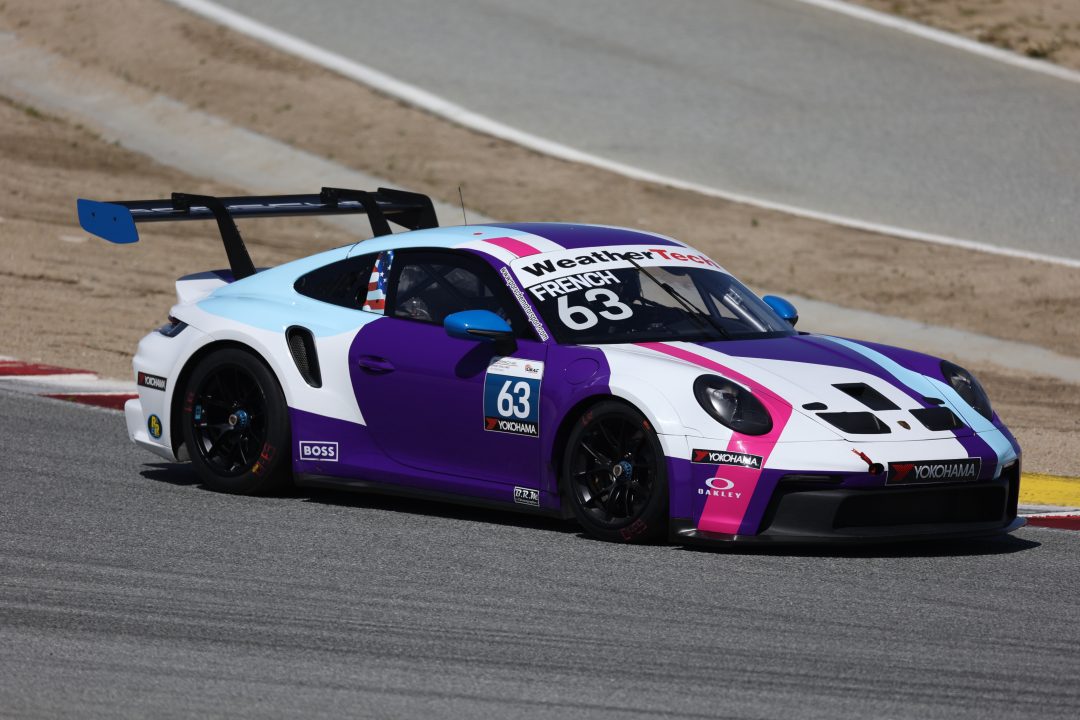 First race weekend of the year was at WeatherTech Raceway Laguna Seca on April 1-3, 2022. It was the Inaugural Porsche Sprint Challenge West managed by USAC. The event was run extremely professionally from on-track practice, qualifying and racing, tech before and after each race, driver and crew meetings to all of the hospitality for drivers, family and crew. I was impressed.

There were 3 classes of car in each of the races – the 992 GT3 Cup cars, the 991.2 GT3 Cup cars and the GT4 Clubsports. This made for interesting racing. We had 3 Carrera Cup racers join us. Kay Van Berlo, the current Carrera Cup points leader, Alan Metni and Kyle Washington. They were here to practice for their race a few weeks later.

Some interesting things about the car that the team and I noticed during the races. The aero is great for taking a corner faster but slows the car down on the straights. The braking in combination with downforce is tremendous allowing me to brake a couple of car lengths later than the 991.2 cars. Traction control has 12 settings, low being 1 and 12 high. Since Laguna Seca is a low grip track I set traction control to 8, perhaps too high, it came on every time at the right hander in the corkscrew and at turn 11. My only problem is that I was still driving it like a GT4 around some of the corners and not carry enough mid corner speed – something to work on at my next race. Since spinning at turn 9 and going into the tire barrier a couple of years ago I’m still a bit timid taking turn 9 at a higher speed. Overall I was very pleased with my progress and was starting to understand some of the nuances of the car. Robb Todd of BR Racing was amazing in his coaching and the crew made the event flawless.